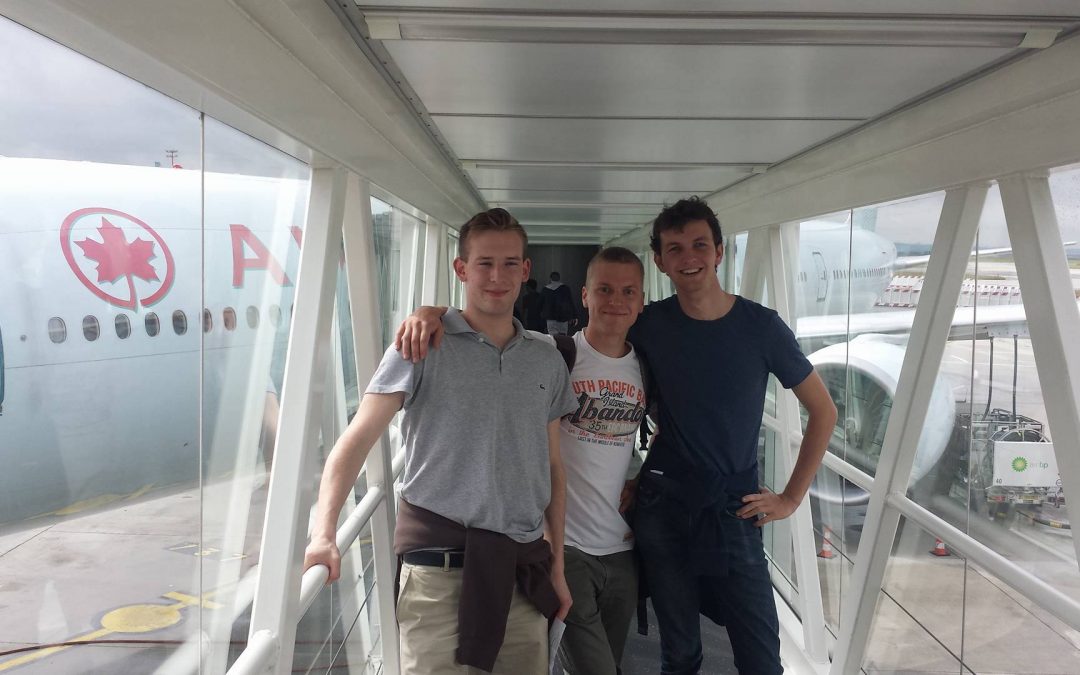 After a wonderful victory of the Belgian soccer team, we took the plane towards Peru. After a long flight we finally arrive last night at the capital of the land of the Inca’s: Lima. Around 4 AM we arrive at hostel 1900 where we could just get a few hours of sleep before morning.

With a few hours we meant two, because after those two hours the Peruvian drivers started sounding the horn of every car they had. Peruvian drivers seem to have no patience at all, and they strongely believe that the one with the loudest horn will arrive first at his destination. After a breakfast with bread, confiture, some more bread and some more confiture we started looking for a bus that could take us to Jaen. Since it’s about 2000km from lima towards Jaen we decided to give ourself an upgrade for 20 sol (about 5euro) and chose the VIP seats.

In the afternoon we started our search for Tecnatrop. A company that builds solar dryers for coffee farmers. We had made an appointment by mail so we thought it would just be a simple visit. It didn’t turned out that way. After looking for the right bus to take us there for 20min we drove for one hour through the crazy Peruvian traffic. After that we had to walk for 30 minutes through a slum (and the occasional barking dog at our heels). When we finally arrived at the address we couldn’t see any sign of Tecnatrop. We thought; no problem, just ask the locals. So we did. And we were so lucky everybody knew where it was. There was only one problem everyone pointed in another direction. It turned out that not a single Peruvian dares to admit that he or she doesn’t know it. So they just send you to a random location. After looking for half an hour we found a taxi driver that was going to drop us off at the right location. When he realized that he couldn’t find it as well, we called tecnatrop to ask where they were hiding. They then told us that all the info on their website is outdated, they had moved a long time ago, and were located at the other side of Lima right now.. Nevertheless we had, had a nice walk through Lima. Luckely we could end the day great by following salsa lessons at our hostel and after that giving a visit to the local discoteca! (at least half of us, the other half didn’t get there because the taxi driver didn’t know the way once again).

Lessons learned: Make sure to take a GPS with you so you can show the taxi drivers the way.