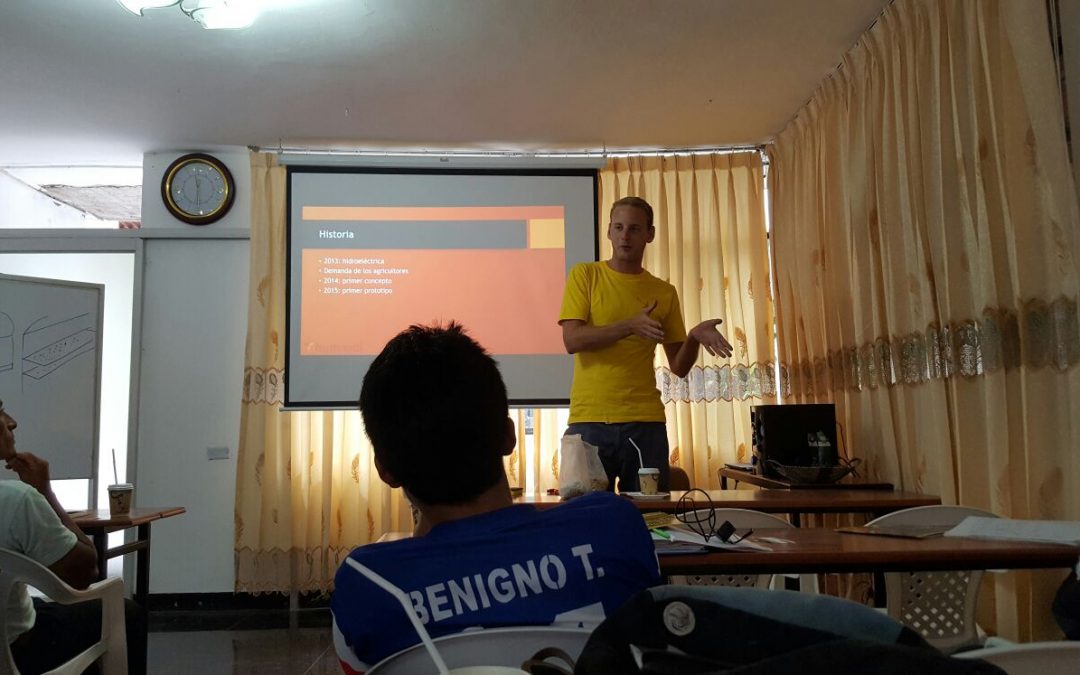 Last week was important because I had to give a presentation on our device for various representatives of the university, the cooperatives, the municipality and the various NGO’s in Jaen. I prepared the presentation and they reacted very enthusiastically. After the Q & A it was my turn to ask them some questions. The question was simple, will the farmers buy this meter, or what can we still improve so they will? All were enthusiastic and showed this with their response. The cooperatives talked about 90% of their farmers who would buy it if the price stayed below 300 soles. The others were talking about the same quantities, they were convinced that this device will be a success. The university was also present, and so I met another professor of the engineering faculty. Meanwhile I already know four professors there, but they still don’t move. The last was motivated and told me that he would talk with the rest soon. Unfortunately, this is normal at the university, many words and little action. This Friday is already my last day in Jaen, and I still don’t have any news of the university to discuss our cooperation.

I also continued to write our scholarship application, I got to the last part, the financial part that is the hardest.

For my last weekend I was supposed to go to Supayacu, a native community, where the crew of Ingeniería Sin Fronteras was shooting a movie. I could join them and would come to know this fascinating community, and of course, I could be in the film.

Unfortunately, it turned out differently, I became ill Thursday night. 39 ° fever, pain everywhere, vomiting, the whole thing so I was hospitalized on Friday. First they thought of dengue or zika, which are widespread over here right now, so my blood was taken and sent to the lab. Unfortunately, it takes two days for dengue and 15 for zika, so I wouldn’t get an answer soon. Other research showed that I had inflammation in my intestines, bladder, and other places from which I didn’t understand the names. Cure: water, antibiotics and paracetamol. They drugged me and I slept the whole Friday in the hospital, afterwards I could go home. Saturday I was better, but it was not until Sunday that I was fully recovered. Because I was weak, I now have something else, luckily I’m not feeling as bad as before. I have been coughing heavily since three days now, so I sleep badly, but I can do everything so that is nice.

Robbert arrived on Monday, and I am giving him a crash course of Jaen and our project before I leave.